GS4 Burners – The GS4 burners represent the biggest step forward in burner design in decades, tapered to deliver a constant pressure of gas along the entire burner, creating perfectly even heat.

GS4 Infinity ignition – The Infinity Ignition system in the Genesis II barbecue delivers the most durable, consistent ignition ever seen in a gas barbecue. By moving sensitive components away from the heat of the barbecue and upgrading the quality of all materials, the Infinity Ignition is guaranteed to last forever – literally.

GS4 flavouriser bars – The angled steel bars that sit above the burners in the Genesis II are one of the original innovations in the Weber Genesis series barbecue, allowing fat and juices to fall safely past the burners without risk of a flare up. Any fat and juices that hits the flavouriser bars sizzles and smoulders to create smoke, imparting a wonderful barbecue flavour to your food. 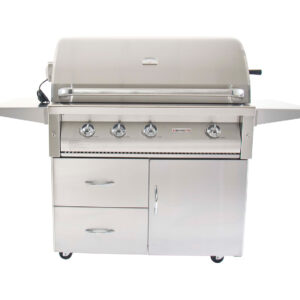 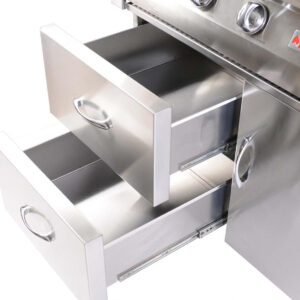